Opaline des Pins produced nine foals, six of which have been released at the highest level internationally.
In addition, she has brought five approved stallions, of which no fewer than three have made an appearance at the Olympic Games. These approved stallions are Shogoun II, Jus de Pomme, Quintis GFE, Richebourg and Tresor de Opaline.

Well-known jumping horses such as Ikare, Topaline and Magister also come from the very special mare Opaline des Pins. At a time when  rinsing embryos and ICSI were not yet commonplace, this is very exceptional.

Jus de Pomme has often been viewed with a critical eye by the breeders, but under Ulrich Kirchhoff he has developed into a stallion who, with his attitude and unlimited ability, amazed friend and enemy. This is done by, among other things, winning major prizes such as Hickstead and the Nations Cup of Aachen and also finishing in the top three of major prizes such as Geneva, Hamburg and Mannheim. In between, the stallion also became German champion.

Jus de Pomme managed to stay clear in 23 Grand Prix rounds. Such qualities are therefore of great importance for current breeding, thinking about attitude and ability.
Due to his pedigree, Jus de Pomme had nearly 70% thoroughbred blood running through his veins, partly due to stallions such as Night and Day xx, Garitchou x and Alme. 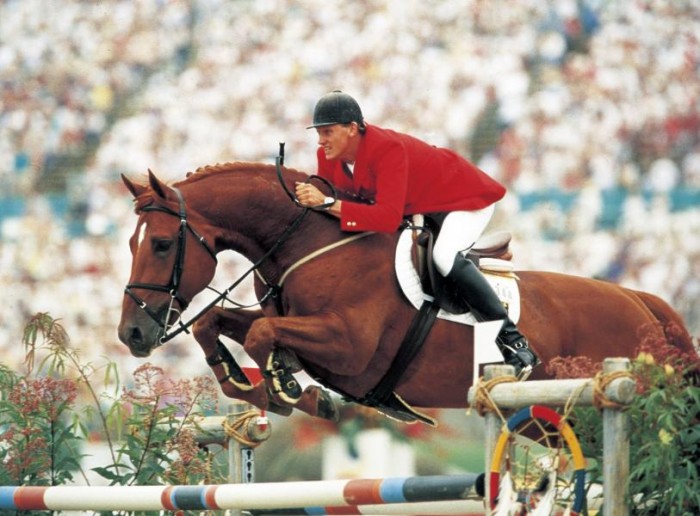 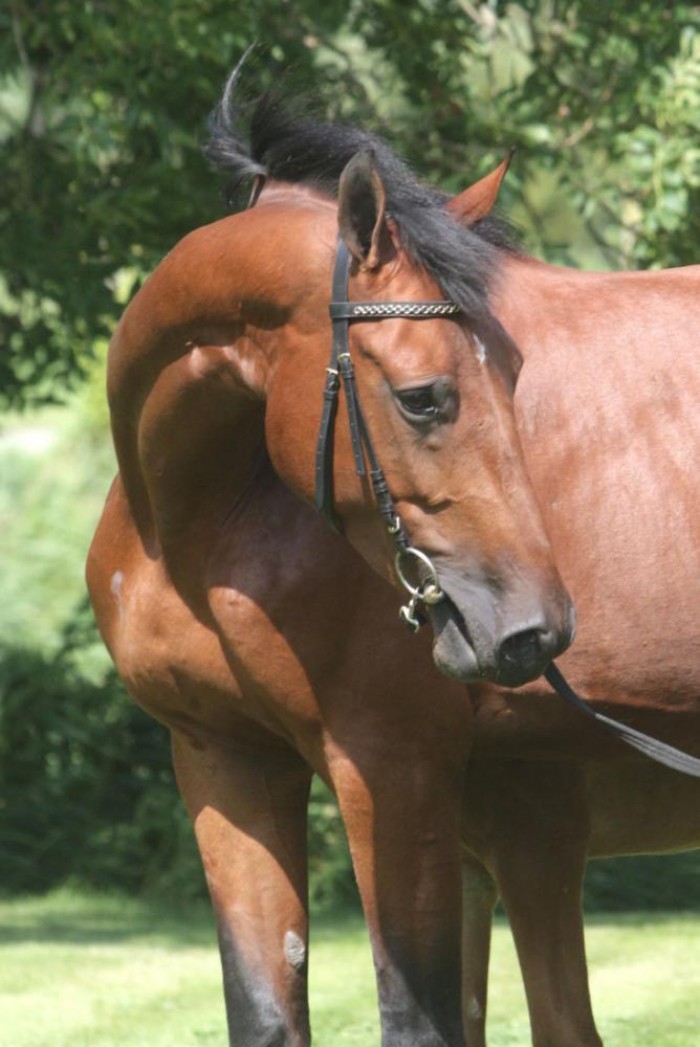