ERMELO - The KWPN carefully listed which stallions actually supply the most 1.50m show jumpers. The now 30-year-old, but top-notch Indoctro is at the top of the list with no less than 207 descendants at this level!

The aim of the study was to determine whether the strict selection policy of the KWPN is also bearing fruit. After all, the stallions take part in the performance test to be approved by the KWPN, but it is also interesting to see the results of the KWPN breeding.
All offspring registered with the KWPN have been identified, with two requirements: a classification at minimum 1.50m level and descended from a KWPN approved stallion, who was born after 1990. No less than 2,151 horses were filtered out like this.

As mentioned Indoctro is at the top of the results list with 207 offspring classified 1.50m or higher. Indorado is at number five with 58 descendants, followed by Cantos at nine with 47 descendants at the highest level.

Compared to the total number of registered offspring, Cantos scores 5.7% of that number at a performance level of 1.50m and higher. Indoctro scores 4.8% here.

Bacardi VDL leads the young stallions, which means that the stallion was a maximum of eight years old at the breeding moment. Bacardi VDL herself was very successful under Jannika Sprunger and is now being released at the highest level by Edwina Alexander - Tops. Bacardi VDL has 36 offspring, three of whom jump 1.50m or higher: GigiCarmen, Goldenstar and Fremont VDL. This means that Bacardi VDL scores no less than 8.3% in terms of the percentage of offspring that act at the highest level.
In this interesting overview of the KWPN we find Zirocco Blue VDL in third place, and in fifth place Wittinger VDL.

An overview has also been made of the stallions on the maternal side of the offspring who are classified 1.50m or higher. At number two we see Indoctro with 70 grandchildren, while Nimmerdor with 66 ones is in third place. We find Corland in eighth place with 36 descendants, and in place twelve Indorado.

The KWPN also revealed that for a proven combination for success, the duo Indoctro and Nimmerdor keep coming forward. A number of remarkable horses have come from this blood build-up, including Royal Dream, Dennis van den Brink's Grand Prix jumping horse. Wittinger VDL also performed at Grand prix level under Jur Vrieling and is from an Indoctro x Nimmerdor combination too. As many as 22 descendants with these same bloodlines are classified 1.50m or higher.

In addition to Nimmerdor himself, his son Ahorn is also a good combination with Indoctro: no less than 17 of these descendants were classified 1.50m or higher.
Almost 5% of the mares that have Ahorn as a father have offspring who jump 1.50m or higher. 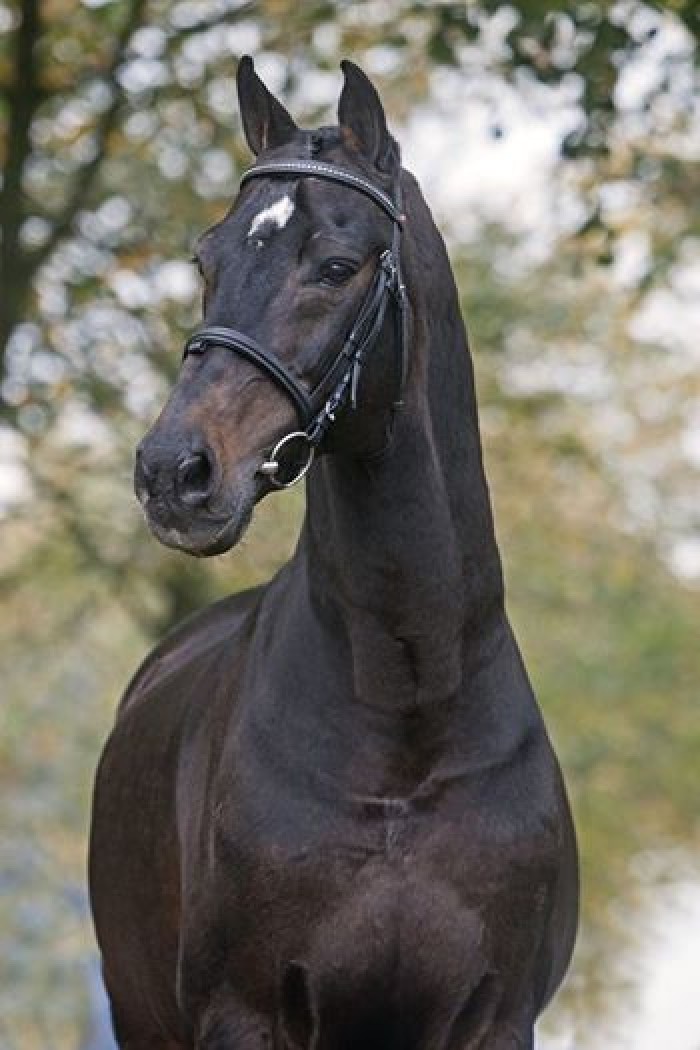